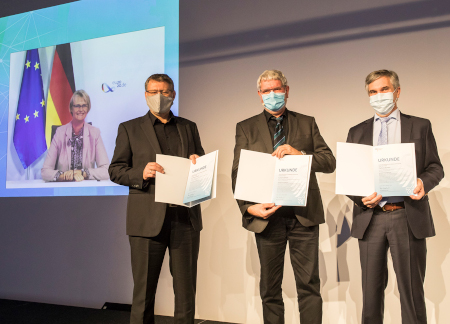 The Carbon2Chem® project initiated by thyssenkrupp is moving into its next phase. Involving 16 further partners the project, which is funded by the German Ministry of Education and Research (BMBF), has over the past four years gathered fundamental insights into the conversion of steel mill process gases into chemical products. The next step is to extend the solution to other industries, demonstrate its long-term stability and make it ready for the market. To this end, Federal Minister Anja Karliczek handed over notice of 75 million euros further funding for the period up to 2024.

The BMBF provided more than 60 million euros in funding for the first phase of the project in 2016. Since then, important milestones have been reached: shortly after the pilot plant in Duisburg started operation in March 2018, ammonia, methanol and higher alcohols were successfully produced from steel mill process gases for the first time. In addition to the CO2 from these gases, Carbon2Chem® also uses hydrogen. To pave the way for climateneutral production, a two megawatt alkaline water electrolyzer from thyssenkrupp Uhde Chlorine Engineers was operated in the pilot plant. It was shown that the water electrolyzer could be operated with highly volatile renewable energy without suffering damage. The implementation of chemical synthesis using commercially available catalysts and gas cleaning using commercially available process stages by thyssenkrupp Industrial Solutions is proof of the high technology readiness level (TRL) of the project. In addition, commercial viability as well as the positive ecological effect were confirmed by all project partners.

Next phase: Extension to other industries and market readiness

In the now launched second phase of the project, the aim is to demonstrate long-term stability in the complex interactions between steel production and chemical synthesis, and show that the Carbon2Chem® technology can be upscaled quickly in a cross-industry network. In addition, the focus will be on transferability to other industries besides steel production. To this end, additional sectors are to be included in the project as major CO2 sources – for example cement and lime producers and waste incineration plants. Finally, the second phase of the project will serve to bring the project to market readiness.

The 75 million euros funding from the Federal Ministry of Education and Research paves the way for this next important step.

Anja Karliczek, Federal Minister of Education and Research: "Climate change is one of the greatest challenges facing humanity. We must reduce CO2 emissions as quickly and effectively as possible. By 2050 we want to make Europe the first climate-neutral continent in the world. The Carbon2Chem project is a showcase example of how we can successfully meet this challenge with clever ideas and innovative research. The innovations from Carbon2Chem not only protect the climate – they also strengthen our long-term competitiveness and secure high-quality jobs in industry."

Dr. Klaus Keysberg, Chief Financial Officer of thyssenkrupp AG: “We would like to thank the Federal Ministry for its faith and support for our climate technologies. Carbon2Chem® can help CO2-intensive industries in particular on the road to climate neutrality – this applies not just to steel but also, for example, to cement or lime production. We are already seeing worldwide interest in this technology. With this continued funding, the joint project can now be developed to market readiness. In just a few years we want to use Carbon2Chem® on an industrial scale.”

Carbon2Chem® is already an integral part of thyssenkrupp Steel’s strategy for climateneutral steel production. As well as avoiding CO2 emissions through the use of hydrogen in steel production, the company is banking on the technology to utilize and avoid residual emissions. Carbon2Chem® is expected to help reduce CO2 emissions at thyssenkrupp’s steel mill by 30 percent by 2030 on the path to complete climate neutrality by 2050.

No thoughts on “Carbon2Chem®: First project phase successfully completed and notice of funding received from federal government for second phase” 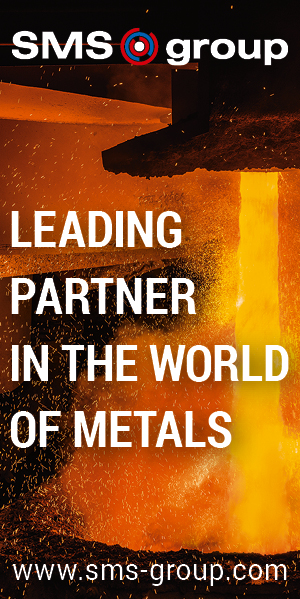