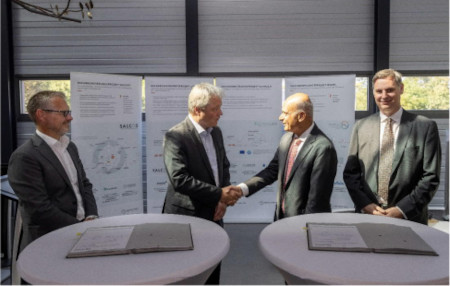 On August 23rd, German steel producer Salzgitter signed a contract with Primetals Technologies for an EAF Ultimate. With a tapping weight of 220 tons, the furnace will have an annual capacity of 1.9 million tons of steel. It will be implemented at the steel plant in Salzgitter, Germany. Startup is scheduled for end of 2025. 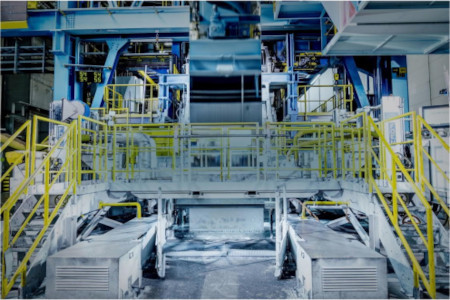 Recently, Austrian steel producer voestalpine placed an order with Primetals Technologies for adapting and expanding the existing electrical, drive, and automation systems as part of the rebuild of hot-dip galvanizing line No. 4 at voestalpines’ steel plant in Linz, Austria. Thanks to this investment, the plant will be able to produce steel grades with higher strengths, improved elongation values, and a wider range of dimensions for the automotive industry.

voestalpine has also tasked Primetals Technologies with the modernization of the electrical and automation systems at hot-dip galvanizing line No. 3. This project will drastically improve drives, CPUs, the fieldbus system, and safety equipment. In addition, integration into the process control system PCS7 will be improved.

By rebuilding and expanding hot-dip galvanizing line No. 4, voestalpine will be able to support the automotive industry in manufacturing even safer cars. The CO2 footprint of automobiles can, at the same time, be reduced by producing lighter car bodies while maintaining the same formability. Primetals Technologies will adapt and expand the existing electrical, drive, and automation systems to meet the new requirements. As part of the contract, Primetals Technologies will also assemble provided components such as power transformers and inductors.

The availability of spare parts is running out for aging drive controls and the automation technology of hot-dip galvanizing line No. 3 at voestalpine’s site in Linz. Therefore, Primetals Technologies was contracted to modernize more than 300 drive feeds, equip the automation units with new CPUs, and install a new fieldbus system. Additionally, the plant’s safety system will be brought up to the latest standards.

A part of the process control system, PCS7, the software library "PTLib", developed by Primetals Technologies, will be used for both plants. PTLib contains numerous function blocks for treatment plants and is continuously maintained, upgraded, and versioned to match the PCS7 versions.

The entire modernization and conversion work on the two hot-dip galvanizing lines is carried out during planned shutdown periods. The time frame is only a few days in length. These "pit stops" require meticulous preparations and perfect coordination of all staff involved. As far as possible, technical problems must be identified and avoided in advance.

In this project, experience gained from many years of collaboration between voestalpine and Primetals Technologies during numerous modernization projects for strip processing lines will be utilized. In the early 2000s, the two hot-dip galvanizing lines were assembled and equipped with electrics, drive technology, strip travel mechanics, and automation. Over the years, the Simatic PCS7 system, among other systems, was continuously upgraded. 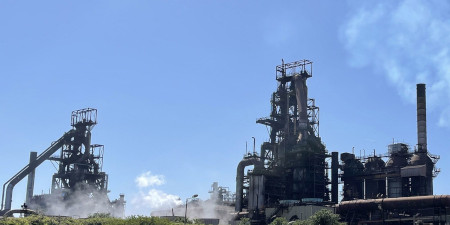 The blast furnace hot-blast system is essential for efficient ironmaking. Stoves heat the blast air, but underperforming stoves mean higher gas consumption at the burners or result in the need for increased quantities of metallurgical coke in the furnace – all at a cost, financially as well as ecologically. 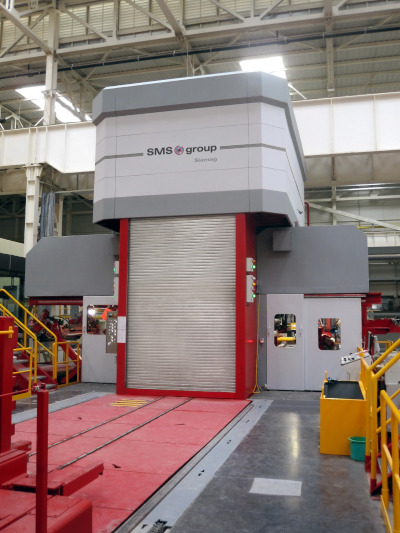 SMS group announced today that Hindalco, one of the world's largest aluminium companies, has placed an order for the supply of a high-performance cold rolling mill for wide aluminium strip. The new mill will be constructed within the periphery of Hindalco's Aditya Aluminium Unit in Lapanga in Odisha, India. The facility is located near another FRP division of Hindalco in Hirakud, where the company is operating a hot rolling mill. 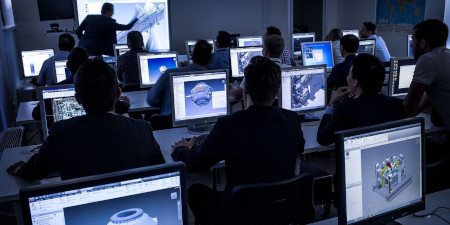 Gerdau has selected Danieli Corus technology and equipment to replace the 224-t BOF converter #1 at the Ouro Branco integrated steelworks in Brazil. This order confirms the value of the several design features offered by Danieli Corus. 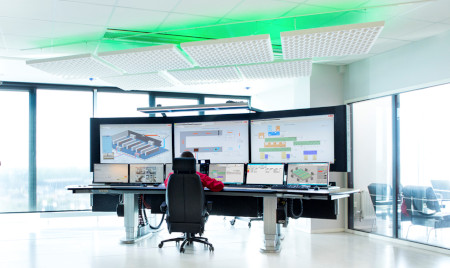 ABB has signed a Memorandum of Understanding (MoU) agreement with ATS Global to extend the reach of the ABB Ability™ Data Center Automation (DCA) business. The Netherlands-headquartered company has become a Global System Integrator (GIS) and will work with ABB to combine expertise and resources, testing the advantages and effectiveness of potential collaborations for data center customers and growing their respective businesses. 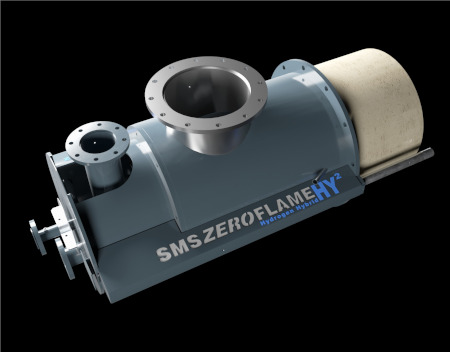 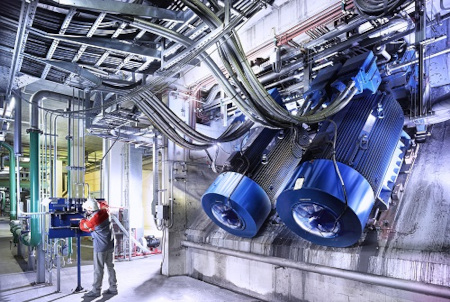 From ArcelorMittal to Thyssenkrupp: digitalisation has arrived in the steel industry – driven by the wish to improve the margins of existing business and increasingly by the challenges of decarbonisation. It is first and foremost improved earnings and extension of the service portfolio rather than disruptive new business models that feature on the agenda of steel mills. New digitalisation solutions – from the transformation of the blast furnace to the vision of an autonomous steel mill, from digital melting operations to foundry 4.0 – will be a focal theme at the coming metallurgy trade fairs GIFA, METEC, THERMPROCESS and NEWCAST held in Düsseldorf from 12 to 16 June 2023. 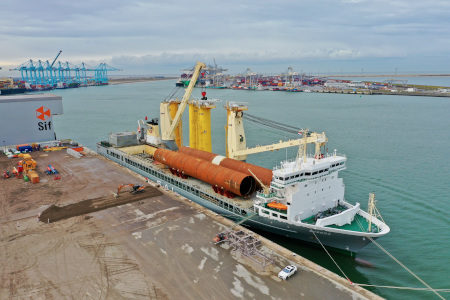 As a producer of super-heavy plate for the offshore wind energy sector, AktienGesellschaft der Dillinger Hüttenwerke (Dillinger) is a major player in the energy transition. Wind farms are playing an essential role in the decarbonization of energy supply in Europe. For example, Germany is targeting a total offshore capacity of at least 30 gigawatts by 2030, with a further 40 GW to be added by 2045. 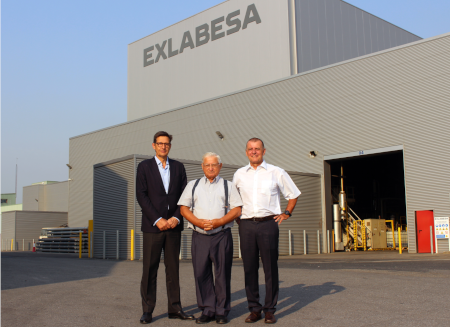 Exlabesa, a multinational company specializing in the production of extruded aluminum profiles, has awarded a contract to SMS group for the supply of a 71 MN short-stroke extrusion press of front loader design. 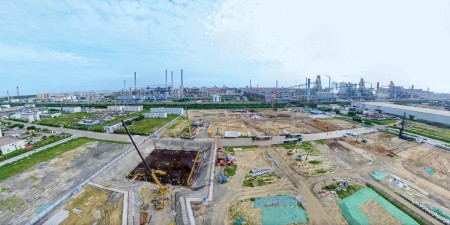 Featuring Energiron® ZR –Zero Reformer technology it will produce 1 Mtpy of quality DRI by using natural gas, coke-oven gas, and hydrogen up to 100%. 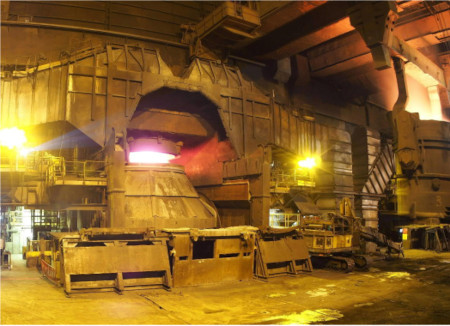 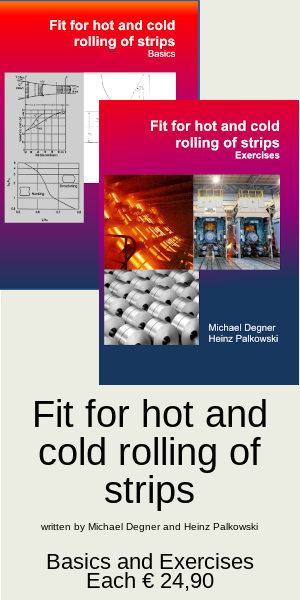